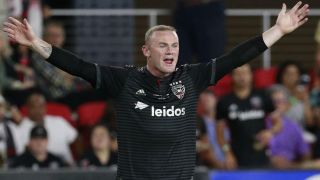 Rooney scored his first DC goal as the MLS side defeated Colorado Rapids 2-1 on Saturday.

United and England's all-time leading scorer, Rooney found the back of the net in the 33rd minute after receiving a pass from Luciano Acosta and guiding the ball through the legs of Rapids goalkeeper and former Red Devils team-mate Tim Howard.

The 32-year-old Rooney has made four appearances for DC since arriving from Premier League outfit Everton.

DC are bottom of the Eastern Conference, five points adrift of Toronto and Orlando City.