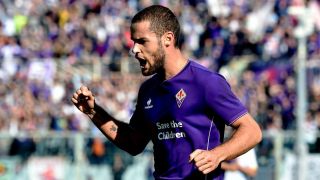 Watford have completed a deal to sign Mario Suarez from Fiorentina for an undisclosed fee, with the Spanish midfielder signing a four-and-a-half-year deal.

The cost of the deal is said to be in the region of £4million as Watford add more quality to a team that has impressed on their return to the Premier League.

Spain international Suarez previously worked with Flores when the Watford boss was coach at Atletico Madrid between 2009 and 2011.

Suarez made 183 appearances during his time at Vicente Calderon, but has played only 13 times for Fiorentina since joining the Italian club in July last year.