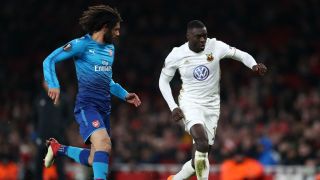 Watford have completed the signing of Sweden international Ken Sema from Ostersunds.

Midfielder Sema racked up 58 league appearances during two-and-a-half years with the Swedish top-flight side and has won five caps for his country, though he did not make their World Cup squad.

He made headlines last season when he scored the winning goal in Ostersunds' shock 2-1 Europa League win over Arsenal at the Emirates Stadium.

Watford are also understood to be closing in on the signing of goalkeeper Ben Foster from West Brom.