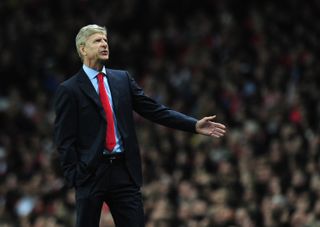 The 50-year-old – who guided Palace to the Premier League last season – left the club by mutual consent on Wednesday following a poor start to the season, capped off by a 4-1 defeat to Fulham on Monday.

And ahead of Arsenal preparing to face managerless Palace, who will be led by caretaker boss Keith Millen on Saturday, Wenger feels the decision to part with Holloway was very harsh on the "special" manager.

"I think it is very harsh on Ian Holloway because he has done exceptionally well with Crystal Palace to get them up to the Premier League," he said.

"It is very difficult to do that. I think it is very early to separate with Ian Holloway because I think he has exceptional talent to manage a football team.

"He is a football man. He has something that belongs to him that is special. You feel there is something in there that can take people on board with him.

"When you want to win with a passion, defeat can drain you down and that can happen to anybody."

Arsenal head to Selhurst Park looking to put a midweek UEFA Champions League defeat against Borussia Dortmund behind them.

The current Premier League leaders lost 2-1 and Wenger has called for a positive reaction from his players.

"On Tuesday, I felt we were the victim of perhaps wanting too much just to win the game and the heart took over the head and we opened ourselves up to losing a game. A draw would have been a fair result."