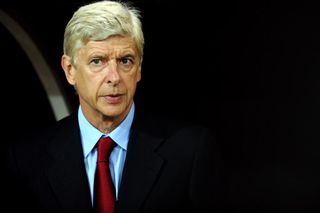 Arteta was forced out of Arsenal's UEFA Champions League play-off first leg at Besiktas on Tuesday and will miss this weekend's trip to his former club Everton.

No timeframe has yet been put on a return for the Spanish midfielder, but Wenger is prepared to dip into the transfer market before the September 1 deadline should his skipper be ruled out for a significant period.

"If it's a long-term injury [for Arteta] that puts us in a position where we have to be creative," the Frenchman said on Thursday.

"We are not in an emergency case but we are open to any opportunity to strengthen our defensive department."

Asked about the prospects of signing a defensive midfielder, Wenger added: "We are not against that, no."

On the subject of potential departures, the Arsenal boss stated no offers had been made for any of his players.

Wenger went on to suggest that younger members of his squad, such as Joel Campbell, will get a taste of regular first-team football over the course of the campaign.

"We have had no offers for anyone to leave," he continued.

"Joel Campbell has not had his chance yet but he will get it.

"We have young players, that means every year they can get better."