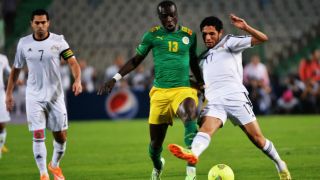 The Premier League leaders - who have a two-point advantage over Leicester City after Saturday's 1-0 win against Newcastle United - are rumoured to be interested in signing the Basel midfielder.

Since moving from Al Mokawloon in his homeland in 2013, Elneny has made 91 Super League appearances, helping the club to three consecutive titles.

In his post-match press conference after the Newcastle game, Wenger was asked if there was an update on the situation, to which he replied: "No. I have nothing to say because he's not our player and we have not signed anybody and we are not imminently in a position where we can say we signed anybody.

"We're out there to get somebody but at the moment we haven't signed anybody."