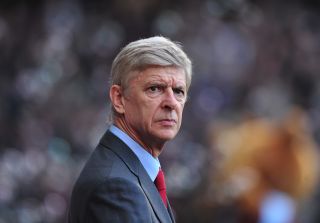 Wenger, whose contract at the Emirates Stadium expires at the end of this season, has previously been linked with a move away from the club that he has managed since 1996.

The 64-year-old, the longest serving manager in English football, came under some pressure from supporters at the start of the Premier League season following a 3-1 home defeat to Aston Villa on the opening day.

However, Wenger, whose last trophy with Arsenal came back in 2005 with a victory over Manchester United in the FA Cup final, has since won over his doubters.

Arsenal are top of the Premier League going into Tuesday's trip to Southampton, and Gazidis revealed that Wenger is set to be rewarded for a fine season.

"Arsene will be extending (his contract) with us and at right time we will make that announcement," Gazidis said.

Wenger's men are a point clear of Manchester City at the summit of the English top flight after taking 51 points from 22 games, with Chelsea a point further back in third.

Arsenal have not won the Premier League title since their famous unbeaten season in 2003-04, which was the Frenchman's third top-flight crown.