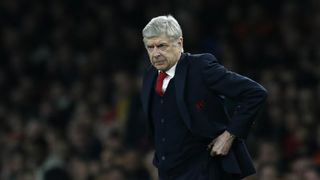 Arsenal manager Arsene Wenger has suggested that Premier League clubs can no longer field inexperienced players against Championship opposition in the FA Cup and expect to progress.

The Frenchman has overseen back-to-back FA Cup trophies but says he will name a team of senior players for their fourth round encounter with Burnley.

Arsenal fielded a strong side in their 3-1 third round win over fellow Premier League club Sunderland and Wenger said he would be doing the same against his Championship opposition on Saturday.

Arsenal were knocked out of the League Cup in October, exiting the competition after a 3-0 defeat to Sheffield Wednesday.

"I will play quite an experienced team," he told a press conference.

"First of all, we lost last Sunday against Chelsea and it is important not to drop our confidence level too much.

"We have learnt something this season, we went to Sheffield Wednesday in the League Cup and got quite a severe defeat. We have to show we have learnt from that.