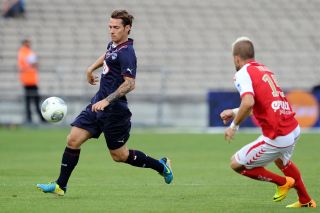 The France-born midfielder has moved to the Bundesliga outfit on a two-and-a-half-year deal having spent the past two years at the Stade Chaban Delmas.

He will join a Bremen side 11th in the Bundesliga with coach Robin Dutt hopeful he can link well with fellow midfielder Aaron Hunt.

"I am looking forward to having two strong, playmaking midfielders, Aaron and Ludovic, in the squad," he said.

"I have high hopes he can play soon and quickly understand our system."

Asked why the transfer had occurred now rather than in the close-season or even earlier, he added: "(Sporting director) Thomas Eichin is clever. If we had bought him earlier, he would have been more expensive."

Obraniak featured 21 times in Ligue 1 this season prior to his move, scoring on four occasions.