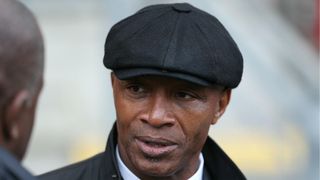 West Brom legend Cyrille Regis has died at the age of 59.

Regis earned legendary status at West Brom by scoring 112 goals in 297 appearances, and was seen as a trailblazer for black footballers, playing with Laurie Cunningham and Brendon Batson.

Regis played five times for England and was the third black player to receive a senior cap for the Three Lions, following in the footsteps of Viv Anderson and Cunningham.

Devastated this morning my hero my pioneer the man behind the reason I wanted to play football has passed away my heart goes out to all his family RIP Cyrille Regis January 15, 2018