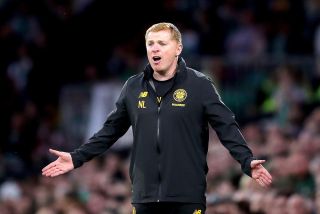 Celtic saw their Champions League bid crumble on Tuesday night as they suffered a shock 4-3 defeat at home to Cluj, sending Neil Lennon’s men out on aggregate.

The nightmare defeat saw the Hoops miss out on an initial £14million windfall but the costly implications go further than that.

Here PA takes a look at what the result could mean for Neil Lennon’s side.

That’s the Tierney money gone tonight… the messing about in the last few windows has bitten Celtic on the backside… this day was always coming…— Chris Sutton (@chris_sutton73) August 13, 2019

The Hoops’ coffers have recently been swelled by Arsenal’s £25million deposit for the purchase of Kieran Tierney but that cash bonanza will now have to be used to cover the lost income from Celtic’s failure to qualify for the Champions League. Uefa’s main competition offers an immediate €15.25million (£14.12m) payout for reaching the group stages, with €2.7million (£2.5m) handed out for a win and €900,000 (£833,000) per draw. On top of that, group stage participants take a share of a €292million (£272M) TV market pool while there is also a ranking bonus worth over £1m per place calculated on the 32 competing clubs’ coefficient points tallies. Teams reaching the last 16 each receive a further €9.5m (£8.7m).

Lennon last week suggested he might look to bring in another five players before the September 2 transfer deadline – but that was before his side let their Champions League windfall slip through their fingers. Yet the Cluj catastrophe has only underlined the need for fresh recruits. Tierney’s departure has left Lennon with only one recognised left-back in Boli Bolingoli but the £3million summer recruit from Rapid Vienna was not trusted to started against the Romanians following a less than impressive start. Callum McGregor was shifted from midfield to cover in defence but the ploy backfired as the Scotland midfielder toiled out of position.

Finding a reliable replacement for Tierney will now be Lennon’s number one priority while the Northern Irishman may be rethinking his goalkeeping plans after seeing Scott Bain wobble in both Saturday’s win at Motherwell and again on Tuesday night. Another right-back and a third striker would be useful additions too but the loss of Champions League action will make it harder to entice top talent to Glasgow’s east end.

For a number of Celtic supporters, the Champions League was of secondary importance this season anyway as their team edges closer to the holy grail of 10 league titles in a row. But the Scottish champions now face the hardly-enticing prospect of Thursday-Sunday fixtures against some of the continent’s lesser lights at a time when Rangers are growing in strength under Steven Gerrard.

Celtic still have a play-off round to navigate against either Swedes AIK or Sherrif Tiraspol of Moldova but for a portion of the Parkhead faithful, it would come as no major disappointment should they bail out before the group stages and ensure their players’ legs and minds are kept fresh for the Ladbrokes Premiership battle ahead.