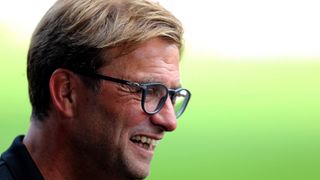 Liverpool great Ronnie Whelan believes the club will finish in the top four this season after backing manager Jurgen Klopp.

Just nine months into his stay at Anfield, the German signed a long-term extension, reportedly until 2022.

Whelan, a six-time league winner with the club, believes they will qualify for next season's Champions League.

Klopp has added the likes of Sadio Mane, Georginio Wijnaldum, Joel Matip and Loris Karius to his squad ahead of the campaign.

"Jurgen Klopp has already proved he is succeeding and transforming Liverpool in the short time he has been there. I was very happy with the progress made last season," Whelan told the Mirror.

"I'm pretty confident that will continue again this coming season and the squad now is a strong one.

"I think Liverpool will finish in the top four and be back in the Champions League. The club have made a ­statement about how they see the long term and it's one that I'm right behind."

Liverpool made two finals under Klopp last season, but were beaten in the Europa League and League Cup deciders.

Whelan – also a European Cup winner with Liverpool – was full of praise for the German and his style, saying: "He's single-minded and he does things his own way.

"He brings people together – that made him a winner in Germany with Dortmund and he came close to winning trophies in less than a season in charge."