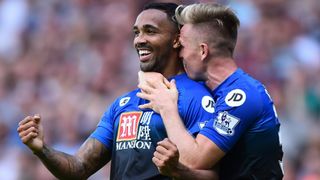 The 24-year-old forward scored five goals in 13 appearances in an injury hit first season in the Premier League, having netted 20 times in the club's 2014-15 promotion campaign.

Wilson had reportedly been the subject of interest from West Ham, along with winger Matt Ritchie, who has since moved to Newcastle United.

"Callum has constantly improved during his time here and only his injury stopped him from having a big impact in the Premier League last year.

"Now back to full fitness, we're excited to see Callum continue to improve over the next four years."