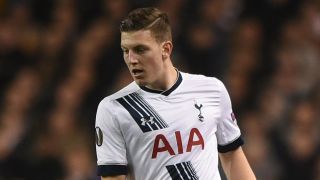 Tottenham defender Kevin Wimmer has signed a new contract that will keep him at the club until 2021.

Wimmer arrived from Cologne ahead of the 2015-16 season and made 10 Premier League appearances as Spurs finished third.

The Austria international initially signed a five-year contract, but has been awarded a one-year extension after a single campaign at White Hart Lane.

"I'm very happy of course that I was able to sign a new contract to stay five more years with the club," he told the club's official website.

"It's a big pleasure for me, so I'm very happy to stay with this club."

Manager Mauricio Pochettino added: "It's important that he's very young and his first season with us was good."

Wimmer could see his first-team opportunities increase in the early part of the 2016-17 season after Jan Vertonghen suffered a serious ankle injury at Euro 2016, ruling him out for four months.