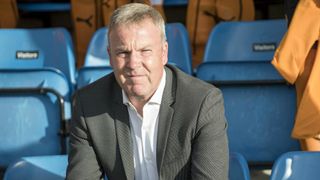 Wolves have sacked head coach Kenny Jackett just a week before the start of the Championship season.

Jackett was relieved of his duties on Friday, with Wolves set to name a replacement in due course.

The 54-year-old had been at Molineux since 2013, guiding Wolves back to the Championship in his first season following a record 103-point haul.

Wolves finished seventh the following season, missing the play-offs on goal difference, while Jackett could only lead the club to 14th last term.

"I would like to sincerely thank Kenny for everything he's done for Wolves over the last three years," said Wolves director Jeff Shi.

"He's shown true professionalism during his tenure and over the course of the transition to new ownership.

"I would like to wish him all the very best for the future."

After hosting Premier League outfit Swansea City in a friendly on Saturday, Wolves will open their 2016-17 Championship campaign at Rotherham United on August 6.