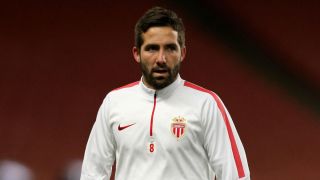 Wolves have strengthened their Portuguese contingent with the signing of midfielder Joao Moutinho from Monaco.

The Premier League new boys have paid a reported £5m for the Portugal international, who has agreed a two-year deal.

Moutinho made three appearances for Portugal at the World Cup, also starring in their Euro 2016 triumph, and has won 113 caps for his country in total.

The 31-year-old will likely line up with compatriot Ruben Neves in the Wolves midfield, with coach Nuno Espirito Santo having also signed goalkeeper Rui Patricio.

"During these five seasons in Monaco, Joao Moutinho was a major player in the club's return to the forefront," said Monaco's vice president and chief executive officer Vadim Vasilyev.

"Through his performances, he has contributed to the outstanding sporting results of recent seasons - thanks to his professionalism and his rigor, he helped our young players in their progression. Joao will always be welcome at Monaco."

Moutinho is a four-time league champion, having helped Monaco top Ligue 1 in 2016-17 after collecting a trio of Primeira Liga crowns with Porto in his homeland.

Wolves, winners of the Championship last season, open their Premier League campaign at home to Everton on August 11, with Moutinho and Patricio in line to make their debuts.

. had this message for the supporters after arriving at Wolves.  July 24, 2018