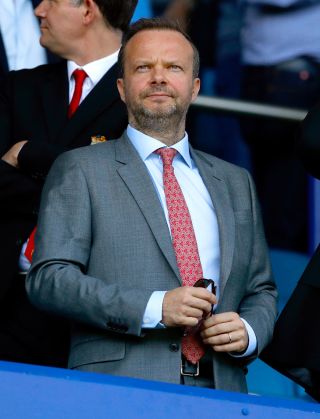 Ed Woodward hit back at the critics of Manchester United’s recruitment system as the executive vice-chairman reiterated his backing of under-fire manager Ole Gunnar Solskjaer with Sunday’s clash against Liverpool looming large.

The 20-time English champions are in the midst of their worst start to a season in 30 years, with the shock loss at Newcastle leaving them just two points above the drop zone.

That wretched run has ratcheted up speculation and scrutiny ahead of table-topping rivals Liverpool’s visit, yet poor results and performances have not been enough to put Solskjaer’s job in immediate jeopardy – even if they lose on Sunday.

Injuries have exposed a lack of squad depth at United, yet Woodward underlined his belief that the club are on the right track in a recent address to staff at Old Trafford.

“The middle section of last season, after Ole’s arrival, feels most relevant to what we want to achieve and where we want to be,” the executive vice-chairman said, having publicly pledged his faith in Solskjaer three weeks ago.

“We saw a team playing fast, fluid football, with a clear representation of the style and philosophy the manager wants.

“Ole has also instilled the discipline back into an environment where we may have lacked it in recent years.

“He is building a squad that respects the club’s history, in which players work hard and respect their team-mates. No-one is bigger than the club.

“The changes we saw over the summer have resulted in a very young squad.

“But it’s also a squad, with the players and the culture, that provides a base camp for us to build and grow from as we start our new journey.”

That platform is a key reason why the club hierarchy are not overly concerned about their current standing of 12th. Solskjaer is seen as a manager with broad enough shoulders to cope with flak and the intelligence to make positive changes behind the scenes.

“Ole’s vision maps exactly to the core three football objectives we have,” Woodward told United’s staff. “We must win trophies, we must play attacking football, and we must give youth its chance.”

The PA news agency understands there is a positive mood around the Aon Training Complex ahead of the tough test against Liverpool, thanks in no small part to the improved culture that Solskjaer has overseen.

The exits of Romelu Lukaku and Alexis Sanchez may have left United short in attack but were calculated decisions for the betterment of the group, while Paul Pogba is not believed to have been a distraction despite admitting over the summer that he would like to leave.

There are, though, clearly areas that need improving on the field.

Recruitment has been the key factor behind United’s floundering since Sir Alex Ferguson retired in 2013, but there is now a belief behind the scenes that they are in a better place to target talent after particular issues during the reigns of David Moyes and Louis Van Gaal.

Background noise continues over a technical director as the club continues to look at streamlining the top of the football department, but Woodward has hit back at those questioning the current structure and his involvement in deals.

“There is a myth that we have non-football people making football decisions, and I think it’s insulting to the brilliant people who work on the football side in this club,” he said.

“Many of the senior staff on the football side of the club have been in their roles for over 10 years. Some of our scouts have worked with us for more than 25 years. We’ve expanded our recruitment department in recent years, and we believe this now runs in an efficient and productive way.

“Player recommendations and decisions are worked on by this department and by the first-team manager and his staff, not by senior management.”

It is understood that United, who have worked on improving their bespoke scouting database, will have their summer targets in mind by January, allowing them to act if an early opportunity presents itself.

“The reality of Manchester United is we are a club in two parts,” Woodward added. “First of all, we are an incredible 141-year footballing institution with all that history, all that legacy, all that tradition and that tradition of success. That can never, ever change. We need to keep that protected.

“Then, like other football clubs, our commercial business allows us to reinvest in the football side. It’s how these two interact with each other at Manchester United that results in us having a competitive advantage in this area.

“What’s important is the commercial side is never allowed to take priority over the football side.”