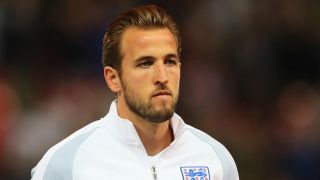 Gary Neville has backed Harry Kane to banish his Euro 2016 demons and prove his international pedigree at the World Cup.

The England striker will take career-best scoring form to Russia after netting 30 goals in the Premier League and 41 across all competitions throughout a prolific 2017-18 season.

He looms as a potential captain at what will be his second major international tournament, having been part of the squad that crashed out in the round-of-16 in France two years ago.

Kane failed to score throughout that ill-fated campaign but Neville, who won 85 caps across a 12-year international career, is confident the Tottenham man will not be scarred by the experience.

"Top players get over it. If you think back to David Beckham in '98, he went on to play in many tournaments after and did well, Wayne Rooney in 2006," Neville told the Daily Mail.

"I think Harry Kane mentally is very strong. I've never seen him have a sustained dip. They reckon he's been out of form the past two months - he's still scoring goals.

"I think he's the one player that England have got that would go into any other team and squad."