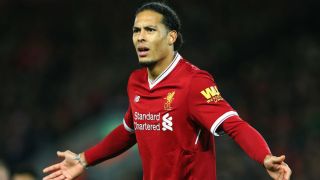 Liverpool boss Jurgen Klopp was left stunned at his side's poor defending as they exited the FA Cup at the hands of West Brom on Saturday.

Alan Pardew's side claimed a 3-2 win in an eventful clash at Anfield, ensuring Liverpool failed to progress beyond the fourth round of the competition for the third year in a row.

Roberto Firmino opened the scoring but a double from Jay Rodriguez turned the game on its head, before a third Baggies goal was disallowed and a Liverpool penalty awarded through VAR, only for Firmino to miss from 12 yards.

Joel Matip's own goal at the end of the first half ultimately proved decisive, with Mohamed Salah's 78th-minute strike coming too late to spark a comeback.

Klopp was angry with the way his team defended for the visitors' goals, particularly when it came to the marking for Rodriguez's second and the failure to spring the offside trap in the build-up to the third.

4 - Liverpool have been eliminated in the fourth round of the FA Cup in all three seasons under Jurgen Klopp. Repetition. January 27, 2018

"Everybody saw; we made big mistakes and let them come back in the game," he told BT Sport. "It's obvious what we did wrong. We won the first balls but we lost the second and the third, so it makes no sense.

"You must be much more clinical and shoot it in the stand if you are not sure where you can pass the ball.

"The second one; wow, really bad defending. The whole group involved in that situation, not really compact, we let them play the ball, make the cross and the goalscorer is completely free in the box. That's not how defending should be. Then we don't use the chance with the penalty, which can happen, of course.

"The third one is then in extra time of the first half. It must be offside; it's unbelievable he wasn't. It's easy to defend; you push up, they pass the ball back and [Craig] Dawson is offside. He wasn't, he celebrated the goal and he was like, 'what can I do, if they let me do this?'

"Second half, we had to show character, there's no doubt about character. We chased the game and scored a little bit too late. We did a lot of good things but, if you start like this, you make the game complicated.

"It was a bit hectic, they tried to save some time, it's normal, but West Brom deserved it. We have to blame ourselves for this, it's all about us, but compliments to West Brom."