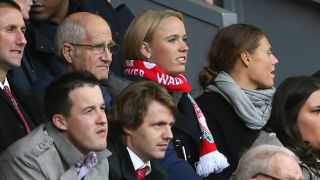 Caroline Wozniacki had some advice for Liverpool after finally breaking through for her first grand slam title at the Australian Open.

It was third time lucky for two-time US Open runner-up Wozniacki, who outlasted Simona Halep 7-6 (7-2) 3-6 6-4 in a pulsating final on Saturday as she became first Danish slam winner.

Jurgen Klopp's Liverpool have a drought of their own, still bidding to win their first Premier League title.

"I'm sure, eventually, it will go well for them."

Third time lucky. A first Major title. A No.1 performance.How the match happened in pictures: January 27, 2018

Liverpool are fourth in the Premier League this season, 18 points adrift of leaders Manchester City as their wait looks set to continue.