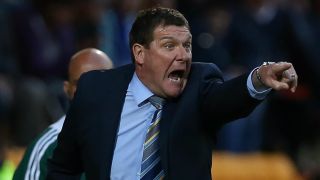 The Northern Irishman, 52, has been in charge at McDiarmid Park since stepping up from his previous role as assistant boss to replace Steve Lomas in 2013.

St Johnstone have finished sixth and fourth in his two seasons in charge, with Wright famously guiding them to the club's first Scottish Cup success in 2014.

Dundee United had approached the Perth side in an attempt to speak to Wright after sacking Jackie McNamara but were turned down and the Saints boss has now agreed a new deal.

"Of course, I am delighted to have extended my contract," said Wright. "I am enjoying my time at the club and I do feel there is still a lot to be done and a lot to be achieved.

"When I look at the squad of players, I realise how well we have done to assemble such a strong team and that with them we can achieve more success together.

"I would like to thank the chairman and the club for their continued support."

Wright's previous contract was due to expire in 2017.