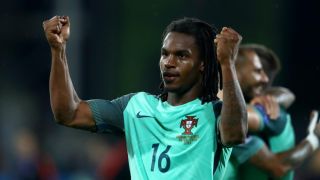 Xabi Alonso believes Renato Sanches will prove to be a fine addition for Bayern Munich and is looking forward to teaming up with the promising midfielder.

Sanches impressed at Benfica in 2015-16 to earn himself a big-money move to Bayern and played a key role in Portugal's victorious Euro 2016 campaign.

The youngster is regarded as one of the biggest talents around in the game and Alonso has little doubt he will make an instant impact at the Allianz Arena.

"He has so much power, so much energy. He's hungry to win things, to improve and I'm looking forward to working with him and to be able to share the midfield and to play together.

"Can he learn from me? Maybe I'm able to learn some things from him as well."

Bayern also brought in Mats Hummels from Borussia Dortmund ahead of the 2016-17 campaign and Alonso is adamant the Germany international will have little trouble adapting to his new surroundings.

"He knows the club, he knows his new team-mates.

"It's not going to be a problem to get used to the new club."