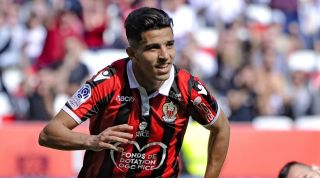 Chelsea will submit a £35m bid for Nice defender Youcef Atal this summer if their transfer ban is delayed, write The Telegraph.

FIFA handed the Blues a two-window suspension after the club was found guilty of breaking regulations related to the signing of under-18 foreign players.

Chelsea have launched an appeal to get the punishment reduced or delayed, although reports suggest a decision will not be made in the imminent future.

That leaves the west Londoners in limbo, but they are continuing to work on transfer plans in case the courts rule in their favour.

And Atal has emerged as one of their leading targets as Maurizio Sarri seeks to add to his defensive options ahead of next term.

The 22-year-old right-back has also been linked with Bayern Munich and Atletico Madrid after an impressive season in Ligue 1.