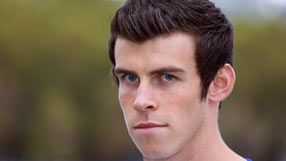 However, Andoni Zubizarreta insisted that the Catalan club have yet to make any enquiries, although they could be interested in such a player.

"He is an interesting footballer with a different style which could be positive for La Liga," Zubizarreta said on COM Radio.

"But I need to make it clear I have not spoken to anyone."

Since Spurs boss Harry Redknapp handed Bale an attacking role, the Welshman has been in scintillating form.

He hit a hat-trick in Tottenham’s Champions League defeat to Inter Milan at the San Siro last month, before running the Nerazzurri ragged again on Tuesday as Spurs won the return fixture 3-1 to go top of ther group.

The Spanish champions won't have it easy prizing Bale away from North London, though, with Redknapp adamant that Bale is not for sale.