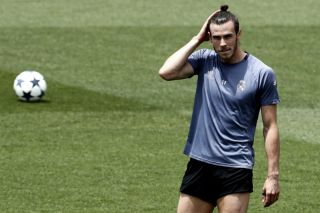 How important is pre-season in preparing you for a new season?

It’s vitally important. It gets me physically and mentally fit for the season. If you don’t complete pre-season you’re 80 per cent more likely to get injured during the season. It’s also an opportunity for the manager to work on tactics and formations and get his ideas and ethos across so that everybody knows what is expected of them and what their jobs are. As players, it’s a chance for us to get to know each other.

How have you benefitted from putting in the hard graft during pre-season?

It’s made me fitter and helped me play a lot more games throughout a season. In previous seasons when I haven’t played as well, I haven’t had great pre-seasons – I had niggles or got injured. I’ve found that if I get a good pre-season under my belt it kick-starts my season and I hit the ground running.

What sort of difference can a good pre-season make come game day?

It can also make a huge different during games. If you’ve worked during pre-season you’ll feel stronger than your opponents in the last 10 minutes of the game – this is when a lot of matches are won. It’s important to push yourself as hard as you can in pre-season because it will really benefit you once the season starts. You’ll be up and running a lot quicker than your opponents.

In FFT’s pre-season training supplement, we’re encouraging players to improve their speed. Acceleration is one of the elements the guide focuses on. How important is speed off the mark?

It’s massively important to my game, especially the way I play, running at defenders. If you’ve got that explosive acceleration you’re able to get away from defenders and either shoot and score or pass or cross. It gives you an extra advantage over your opponent.

Fans have seen you leave pacy defenders for dead. How do you hit such frightening speeds?

You need to drive your arms and legs as hard as you can when you’re accelerating to get up to your top speed. Once you’re in full flow, relax and focus on letting the natural rhythm of your stride take you away from defenders. You always have to be on your toes and aware of what’s going on around you. If you’re able to read what is going to happen next, you’ll be able to react quicker than the opposition and get to the ball quicker.

It’s one thing being quick without the ball, but racing past defenders with the ball at your feet is a skill only the best players demonstrate. How have you mastered this art?

To dribble past defenders you need to believe in your ability and trust your instincts. Do what comes naturally. From a technical point of view, keep your eye on the ball, but take quick snapshots of what’s in front of you so that you can react. Keep the ball close and take nice firm, controlled touches – not too soft, not too heavy. Even if you’re fast, when the ball runs away from you a defender can step in and nick it.

Football is a game of repeated high-intensity sprints. How key is it to be able to perform sprint after sprint for 90 minutes?

If you’re able to run hard for 90 minutes you’re going to get a lot more goals and win a lot more games. The best way to train this is by replicating what you do in a match – repeated sprints across the length of the pitch. When I’ve spent a game running at a defender and I can see that he’s tired it gives me a lift and makes me want to give that extra 10 per cent so I can outpace them. Once you’ve worn them down they become a weakness and you want to exploit that.

You’re not just a great player, but also a naturally gifted athlete. Were you a track and field star at school?

I competed in everything: long distance, middle distance and sprinting. [FFT: Could anyone keep up with you?] I won pretty much everything. I was better at long distance, but preferred doing the shorter distances. Sprinting was my favourite.

Who were the fastest players you came up against in the Premier League?

There are obviously certain players that are slow and you want to be coming up against them more often than not. If they can’t catch you, that can’t tackle you. Gael Clichy is pretty fast. Kyle Walker is quick at Tottenham, but I fancy myself against him. There are a lot of quick players in the Premier League, but players like Theo Walcott and Antonio Valencia have real speed. Alex Oxlade-Chamberlain is quick, but don’t tell him I said that!

We’ve spoken a lot about training, but to get the best out of your sessions you need to be fully fuelled. How important is hydration and diet to your regime?

Massively important. If you get your diet and hydration right you’re going to be a step ahead of everybody else on the pitch. If you’re hydrated properly you reduce your risk of injury and if you’re committed to your fitness programme you’ll be able to last longer, running just as hard in the last minute as you were in the first. Amateur players will naturally struggle in the last 20 minutes, so if they want to gain an advantage all round they should commit themselves to getting it right in every department. If you want to become a better player you need to do all of these things right.

After you’ve fuelled your body and worked your socks off, how do you set about preparing for another day of training?