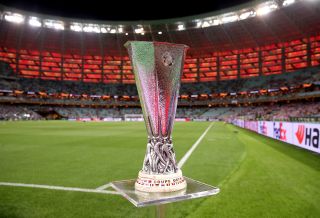 While the domestic season may be over, the football hiatus caused by the coronavirus pandemic means European competitions are still to be decided.

The Europa League returns on Wednesday night with the second legs of the round of 16 ties taking place ahead of a single-leg knockout tournament held in Germany – the final set for August 21 in Cologne.

Here, the PA news agency takes a look at some of the key talking points with the competition resuming after a 146-day delay.

Thanks to a fine end to their season, the pressure of winning the Europa League to seal Champions League qualification has been lifted from Manchester United.

Finishing third in the Premier League has taken care of that challenge, so Ole Gunnar Solskjaer can turn his attention to winning his first piece of silverware as United boss.

A 5-0 first-leg advantage over LASK going into Wednesday’s return tie at Old Trafford means he is likely to shuffle his pack extensively following a congested run of fixtures with the likes of Odion Ighalo and Andreas Pereira eyeing rare starts.

Wolves host Olympiacos having drawn the first leg 1-1 in Piraeus back in March.

Remarkably, their season has been running since July 25, 2019 when they faced Crusaders in a qualifying tie to reach the Europa League group stages.

Unlike United, they will need to win the competition outright to have any form of European football on their agenda for next season – their seventh-placed Premier League finish not enough to do the job following Arsenal’s FA Cup final success.

Rangers boss Steven Gerrard enjoyed plenty of unforgettable moments in European competition during his time as a player at Liverpool.

But now he needs to inspire his own charges to replicate some of that success as Rangers look to overcome a 3-1 home defeat to Bayer Leverkusen when they travel to Germany on Thursday.

With their 2020/21 Scottish Premiership campaign already under way following a 1-0 win at Aberdeen on Saturday, Gerrard will be hoping to have two seasons running concurrently by inspiring a rousing comeback at the BayArena.

With the coronavirus already starting to affect football fixtures, two ties from the round of 16 were unable to play either leg of their fixtures before UEFA called a halt to the competition almost five months ago.

Inter Milan v Getafe and Sevilla v Roma will therefore be played over just one leg, in Gelsenkirchen and Duisberg, respectively.

If Wolves can get past Olympiacos, they will then face the winner of the Sevilla v Roma encounter, while either Rangers or Leverkusen will be awaiting Inter or Getafe in the quarter-finals.

No room for mistakes when competition moves to Germany

The remaining sides, including the likes of Wolfsburg, Eintracht Frankfurt and FC Copenhagen, will also be hoping to earn a spot in the mini-tournament style competition to crown the new Europa League champions.

All the fixtures will take place behind closed doors across the four selected stadiums in Germany – the RheinEnergieStadion in Cologne, Duisburg’s MSV-Arena, the Merkur Spiel-Arena in Dusseldorf and Schalke’s Veltins-Arena.

With a single-match knockout format replacing the usual two-legged affair, teams will have to be at their best throughout to progress through to the final.