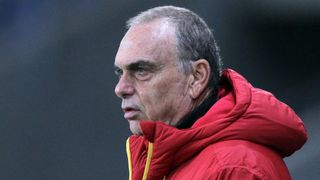 Guinea-Bissau secured a maiden place at the Africa Cup of Nations on Sunday thanks to Kenya's surprise 2-1 win over Congo.

On Saturday, Guinea-Bissau overcame Zambia 3-2 to move four points clear at the top of Group E, and the defeat for Congo against the bottom side ensured qualification for Paulo Torres' men.

Ayub Timbe Masika and Eric Johanna will be the toast of Bissau, as their goals enabled Kenya to come from behind and end Congo's hopes of automatic progression.

Ghana joined Guinea-Bissau in advancing to next year's finals in Gabon, as second-half goals from Andre Ayew and Christian Atsu secured a 2-0 victory at Mauritius and top spot in Group H.

And Zimbabwe are also assured of a place at the tournament, after strikes from Knowledge Musona, Khama Billiat and Cuthbert Malajila earned a convincing 3-0 success at home to Malawi.

Swaziland - who saw off Guinea 1-0 in the other game in Group L - are three points adrift, but have an inferior head-to-head record with Zimbabwe.

In Group B, the battle for first place will go down to the final matchday as leaders DR Congo hammered Madagascar 6-1, while Central African Republic are two points behind following their 3-1 success over Angola.

Burkina Faso are level with Uganda on 10 points at the top of Group D after their 1-0 victory at Comoros, while Ethiopia prevailed 2-1 over Lesotho in Group J.

Elsewhere, Liberia and Tunisia are also locked on 10 points in Group A after the former threw away a two-goal lead in a 2-2 draw with Togo.