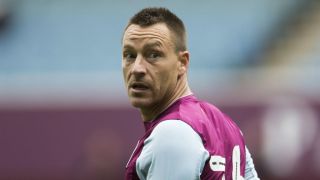 John Terry was forced to settle for a share of the spoils on his Aston Villa debut as Jarrod Bowen secured a 1-1 draw on Hull City's Championship return at Villa Park.

Wolves struck an opening-day blow against a prospective promotion rival by beating Middlesbrough 1-0 at Molineux, while Bristol City were the opening day's big winners thanks to destructive 3-1 victory over Barnsley.

Last season's beaten play-off finalists Reading got off to a false start at QPR, much like Sheffield Wednesday at Preston North End.

SETBACK FOR TERRY BUT WOLVES ALL GOLD

Terry led the hosts out at Villa Park representing a club other than Chelsea for the first time since a loan stint at Nottingham Forest ended in May 2000.

His one-time England colleague Gabriel Agbonlahor gave Steve Bruce's men the lead when he swept home Alan Hutton's low cross but Villa were unable to gain any further reward for their early dominance and were punished when Bowen volleyed in a first Tigers goal after the hour.

Wolves named highly touted midfielder Ruben Neves - the most expensive player in Championship history – in their starting line-up against Middlesbrough, who are seeking an instant return to the Premier League.

However, another debutant sealed the points for Nuno's side when Leo Bonatini capitalised upon a sloppy 33rd-minute backpass from Daniel Ayala.

ROBINS GO TOP – REID ALL ABOUT IT

Bristol City are top of the embryonic table, with Bobby Reid grabbing a first-half brace in a 3-1 triumph against Barnsley.

Famara Diedhiou, a record signing from Angers, was also on target.

There was better news for another South Yorkshire side as Sheffield United marked their return to the second tier with a 1-0 win over Brentford – local hero Billy Sharp bringing Bramall Lane to its feet six minutes before the interval.

United's city rivals Sheffield Wednesday made a false start in 2017-18, having reached the play-offs in each of the past two seasons.

Daniel Johnson converted a 79th-minute penalty to give Preston North End a 1-0 win at Deepdale after Owls defender Tom Lees brought down Jordan Hugill in the box.

Reading suffered penalty heartache against Huddersfield Town at Wembley in May and QPR caught them off guard, chalking up a 2-0 triumph at Loftus Road thanks to a Conor Washington brace.

Fulham were Reading's semi-final victims in the post-season and appeared to be on their way to victory after Norwich City's Russell Martin put through his own goal, but Nelson Oliveira equalised in the dying minutes.

Harry Redknapp's Birmingham City were beaten 1-0 at Ipswich Town, while Cardiff City triumphed by the same margin at Burton Albion.