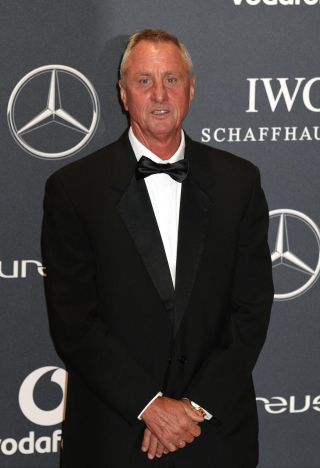 The mercurial Johan Cruyff died on March 24, 2016 at the age 68 after a battle with cancer.

Here, the PA news agency takes a look back at the numbers behind the career of one of the greatest players of all time.

🔙 @AFCAjax lifting the European Cup in 1973 after beating @juventusfc. Can they do it again tonight?⠀⚪️🔴⚪️ ➖ ⚪️⚫️⚪️#CruyffLegacypic.twitter.com/rYzdtNNEtO— Johan Cruyff (@JohanCruyff) April 10, 2019

3 – As part of the all-conquering Ajax side, Cruyff won the European Cup for three consecutive years between 1971 and 1973.

8 – The number of Dutch league championship titles won by Cruyff with Ajax over two spells.

33 – The number of goals scored by Cruyff in 48 appearances for Holland before a premature retirement from international football ahead of the 1978 World Cup.

71 – Cruyff won the first of three Ballon d’Or European Footballer of the Year trophies in 1971.

74 – At the height of his playing career, Cruyff captained Holland at the 1974 World Cup finals, where they were eventually defeated by hosts West Germany in the final.

92 – Returning to the Nou Camp as manager, Cruyff guided Barcelona to a first European Cup success in 1992 – just a year after undergoing major heart surgery which prompted him to stop smoking.

922,000 – Cruyff joined Barcelona in a then world record £922,000 deal in 1973, linking up with his former Ajax boss Rinus Michels. In his first season at the Nou Camp, the Dutch forward helped Barcelona end a 14-year Spanish league title drought.