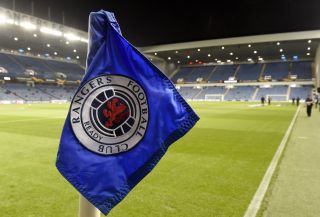 Robby McCrorie is set for another loan spell after signing a new Rangers contract.

The 22-year-old goalkeeper has extended his Ibrox deal until 2023.

McCrorie is yet to make his Rangers debut but has played close to 100 top-team games thanks to temporary spells with Berwick, Morton, Queen of the South and Livingston.

The Scotland Under-21 international switched from Queens to Livi in January and played eight times in the Scottish Premiership before the lockdown.

With Scotland international Jon McLaughlin arriving recently to challenge Allan McGregor for the number-one spot, McCrorie could be heading back to West Lothian or elsewhere.

Goalkeeping coach Colin Stewart told the Rangers official website: “Each loan spell has allowed him to develop his physical and mental strength as he has faced every challenge set before him with determination and hard work.

“We are working on the next stage in Robby’s development plan now that his contract has been extended. It is our strong desire that he continues to experience top level games in the incoming season.”

On his new deal, McCrorie said: “It means a lot and I am buzzing it has been done. I first joined the club when I was turning eight years-old and I am happy that the journey is continuing.

“It means everything to me and my family. Every day I come in, being the Rangers goalkeeper is always in the back of my mind and it is why I work as hard as I can to give myself the best opportunity.

“And if it does happen, I’ll always want more after that. I’ll never settle – even if I get my debut, I’ll always keep pushing.”