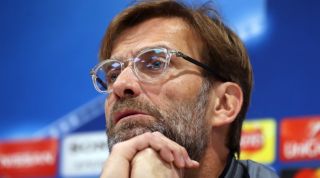 Upon his appointment at Liverpool in October 2015, Jurgen Klopp outlined his aims at Anfield, saying: "If I sit here in four years, I am pretty confident we will have one title.”

That means that by October 2019, the German is expecting to have delivered a first league title at Anfield since 1990. Given that Manchester City have this season wrapped up, it leaves Klopp with only next season, 2018/19, in order to achieve that initial aim.

Clear improvements have been made under Klopp’s two and a half years so far, with consecutive Champions League qualifications set to be achieved for the first time since Rafa Benitez’s reign on Merseyside. Klopp’s first half-season ended with the Reds eighth and losing in two cup finals, his first full season saw a fourth-place finish, while this season has already delivered a first Champions League quarter-final since 2009.

The Liverpool boss has gradually improved the playing quality of the first XI and the squad depth at his disposal, with a very high success rate on the signings he’s made. Of the side that started in the 5-1 win over Watford, only four players were at the club when Klopp arrived - and one of them, Roberto Firmino, has been transformed into a new role.

Of the other three, one is young defender Joe Gomez, one is Emre Can - who could well leave the club this summer - and the other is captain Jordan Henderson, whose position will come under threat this summer when Naby Keita and potentially another midfielder arrive.

Next season, then, will be a full Klopp team. Here’s how the manager will continue his progression in his third summer in charge.

1. A partner for Virgil van Dijk

Virgil van Dijk’s eventual arrival into Liverpool’s defence has massively improved the base of the side. It’s also been timed with bringing Loris Karius back in as first-choice goalkeeper, and the whole defensive unit now appears more comfortable and cohesive.

Since Van Dijk’s January arrival, Klopp has rotated who starts alongside the Dutchman, with Dejan Lovren and Joel Matip competing to complete the heart of the Reds’ defence. It’s almost like the manager is letting them audition to be Van Dijk’s partner.

But there will be no winner from the audition, as Klopp will bring in a new centre-back to dovetail with Van Dijk and provide a stable base for the side. That will leave Matip or Lovren as backup, and the other not needed.

So far this season, Liverpool have conceded 34 goals - the worst goals against tally of the top five and seven more than any of their rivals. Of course, this is somewhat skewed by Van Dijk’s mid-season arrival and the five shipped at Man City and four at Spurs - but it’s still clear where the improvements need to be made.

Naby Keita’s arrival could see Klopp change back to the 4-2-3-1 formation he utilised predominantly during his time with Borussia Dortmund. But even if he sticks with a 4-3-3 shape, Klopp is looking to bring in a new partner for the incoming Guinean.

Keita is no holding midfielder, and two players being assessed for the role to replace Henderson are Napoli’s Jorginho and Leicester's Wilfred Ndidi. Jorginho has the passing range to complement Keita’s enthusiasm, drive and dribbling ability, while Ndidi would add much-needed physical presence in the middle. Who arrives out of the two could depend on Can’s future, with the German looking destined to leave on a free transfer.

In addition, the Philippe Coutinho money remains ready for further reinforcements and Thomas Lemar could be back on the agenda as a player who can add creative spark centrally and also an option out wide.

This season, Liverpool midfielders Henderson, Can, James Milner, Gini Wijnaldum and Alex Oxlade-Chamberlain have contributed eight league goals between them. Again, it’s clear where improvements need to be made.

3. Lose players who can’t be relied upon

A key requirement to play in Klopp’s system is being physically capable - that means robust players are required. Which is bad news for injury-prone players such as Henderson, Lovren, Matip and Adam Lallana.

The quartet have been key players in Klopp’s early years, but they’re gradually being eased out of the side and this summer will provide a turning point. Henderson has played just 52% of the available minutes since 2015, and has actually been available less than Sturridge was for Klopp.

There’s also question marks over Nathaniel Clyne’s long-term fitness, and will Danny Ings ever play 90 minutes again? Both could remain as squad players, but equally, they’ll likely be allowed to leave should the right offer arrive.

Players who can’t be relied upon physically will be phased out, just as Daniel Sturridge found out.

While Liverpool’s front three rightly get the plaudits, the options behind them are currently very slim. Indeed, Danny Ings and Dominic Solanke have never scored a goal for Klopp.

The manager will be keen to add another forward option, likely one who is versatile enough to be able to play more than one position; Timo Werner has been mooted and would be a superb signing in that he has a good understanding with Keita and could add the option to play Firmino as the No.10 in a 4-2-3-1. Werner could also play wide on the left, adding cover there.

Another option is Fulham’s Ryan Sessegnon who the Reds attempted to sign last summer. The teenage sensation could offer options in defence and attack on the left.

Arguably Liverpool’s best team since they last won a league was Benitez’s 2008/09 side that accumulated 86 points - typically enough to win the title - and finished second to Manchester United. With just two defeats that season, what let Benitez’s side down was drawing 11 games.

This season, Klopp’s side have so far drawn more than any other side in the top six, sharing the points on nine occasions. Costly draws have come against Watford, Burnley and Newcastle.

Simple maths dictates that, despite the perceived mentality of avoiding defeat, one win and one defeat is more points than two draws.

Improved options from the bench, more physically capable players, and more creativity and energy in midfield will be key to turning draws into victories. This  can only increase the chance of Klopp delivering on his title goal.