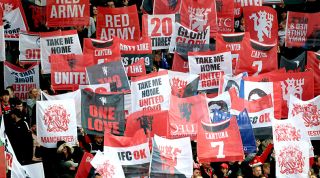 Don’t be so surprised that some Liverpool fans booed the national anthem at Wembley before some game against another team that did quite well last season.

Lads I know in Liverpool identity far more with their city than their country. It’s a song about the Queen, granted, but they feel little affinity with the government, with an establishment by which they’ve felt run down.

Similar sentiments echo in Manchester. Remember the 1993 Olympic bid for the 2000 Games? I was one of the fools who thought Manchester had a chance against Sydney and Beijing, buying into my father’s reckoning that they wouldn’t give the Olympics to a country with snakes, and where the men wore white socks with slip-on shoes (his version of Australia). Yet I wasn’t surprised to read in recently-released national archive files that even the British government wasn’t convinced.

“No one in their right mind would spend three weeks in Manchester rather than Sydney,” wrote Damien Green, who would rise to Deputy Prime Minister under Theresa May. “It’s hard to imagine Manchester ever being successful.”

There have been subtle shifts in United’s relationship with England/the establishment/call it what you will. Look at the sodden United section in Rotterdam for the 1991 Cup Winners’ Cup Final, when union flags and St. George crosses were plentiful.

I had one myself; two, in fact. One was a 6ft St. George cross I paid a girl at school to make after hearing she had a sewing machine. Then I bought paint for the ‘MUFC’ bit on it. I slept under that flag on the way to the 1991 League Cup Final against Sheffield Wednesday, a never-to-be-repeated overnight trip on the mail train from Manchester to London. Never to be repeated because it no longer carries passengers, but also because the older me quite fancies some sleep at night.

Then there was the red ensign liberated from a cross-channel ferry in the early ‘90s. And a huge white one with the red rose of Lancashire in one of the corners, which we took to Leeds en route to winning the title. There, we held it up as the entire away end worked through such classics as, ‘All Yorkshire men shag sheep’ and ‘Who’s the champions now?’

I slept under that flag, the one my grandfather served under on a minesweeper in the Second World War, inside Oslo train station on a pre-season tour. There were absolutely no issues with union flags at the match, nor Irish tricolours. The main flag in the Stretford End was a union one, though we started to see French tricolours thanks to Eric Cantona’s arrival in 1992.

Then, in August 1993, I met Barmy Charlie on a plane from Manchester to Copenhagen. He was a lone fan flying to Denmark for a pre-season game at Brondby. He was Barmy because his seat number was 27C and he was looking for row C, seat 27, as if the plane went 30 seats across. He couldn’t fathom his ticket and was told testily just to sit down.

Charlie worked in textiles and began a side line in flags, which became his job. Fans from all clubs order from him now. He takes pride in the fabrics and how they’re made.

He also became the man who created the red white and black Manchester United tricolour. You see them everywhere at games, whether they have ‘United, Kids, Wife’ on or ‘One Love’. They’re easier to make than an intricate union flag, and coincided with a diminishing love for England in the ‘90s when Manchester United players were booed while playing for their country.

It reached a nadir when David Beckham was vilified after being sent off for England against Argentina at France ’98. Effigies were hung from nooses, and one English newspaper even printed his face on a dartboard. The abuse was expected to be most intense at West Ham in his first away game back in England: the Hammers have huge England support and Upton Park was an unforgiving venue, even for a boy from nearby Leytonstone.

The media rightly predicted that he’d get dog’s abuse, yet sitting in the main stand that day, I overheard two archetypal Eastenders sitting in front of me. They joined in the Beckham baiting, hollering abuse. Then one turned to the other and said: “I wish he played for us.”

But the mud stuck. When United began to sing ‘Argentina’ in support of Juan Veron, Gabriel Heinze or Carlos Tevez, opposition fans would go crazy – especially in cities which were perceived to be ‘big England’, like Portsmouth. So United fans did it more. The Argentine players couldn’t believe it either, given the sentiment around the Falklands in their country.

There was a large ‘United > England’ banner, while fans sang “He plays on the left, he plays on the right, that boy Ronaldo makes England look shite” – after Cristiano had been victorious against England in 2006. It was seen as disloyal, but fans didn't care. It wound foes up.

Significant numbers of Manchester United fans used to travel with England, but those changing sentiments and a surge in their own European travels over the ‘90s led to a drop-off. I’ve been to the last few international tournaments and you do see a few United fans there, just not as many from other, smaller clubs.

England’s support isn’t short of giddy “... and the RAF from England shot one down” idiots, but there are countless decent fans among it too. The numbers in Marseille in 2016 were incredible, and the United fans I know sang their national anthem, but felt conflicted nonetheless.

Manchester and Liverpool are more similar than their inhabitants would like to admit, both with nonconformist streaks wider than the Irwell and the Mersey. Both city regiments fought side by side at the Somme for King and Country, but the national anthem is an odd fit for these north-west giants hailing from cities which voted Remain in the referendum while all around them didn’t.

And while I can’t recall United fans ever booing the national anthem, I’ve heard England fans boo anthems of rival countries before games.

Don’t look for any consistency in football tribalism. That can lead to oddities, such as thousands of Singaporean fans booing Ashley Young on a pre-season friendly, but they had their reasons – and so did those Liverpool fans on Sunday.

QUIZ! Can you name the 50 highest-scoring Englishmen in Premier League history?