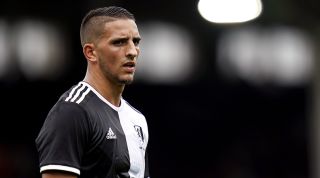 Whether Birmingham – given their difficulties passing the EFL’s Profit and Sustainability Rules – ought to be spending £7m on a player, even in a summer when they've sold Che Adams and Jota, is a moot point. But Sunjic, a Croatian passer compared to Marcelo Brozovic and apparently wanted by Milan, represents a blue-chip arrival for the Blues.

Stoke were arguably the most disappointing side in last season’s Championship. No Potters player got more than eight league goals; Powell got eight himself for relegation-threatened Wigan. An enigmatic figure has found another club close to his native Crewe and could suit a role at the tip of Nathan Jones’s diamond midfield.

Slaven Bilic’s contacts book is one of the most intriguing elements about his appointment and the arrival of his fellow Croatian, on loan from Benfica, looks like Albion’s greatest cause for excitement.

The 23-year-old midfielder is tall, two-footed, a willing dribbler and an incisive passer – though he may not make up much of the 54-goal shortfall caused by losing Jay Rodriguez, Dwight Gayle and Harvey Barnes. That will not be easy.

Preston have shown themselves to be savvy signers from lower leagues and Ireland in recent years, finding several up-and-coming talents. So the 34-year-old Nugent is an arrival with a difference.

As the striker returns to Deepdale after 12 years away, he also remains the only Preston player capped by England since Tom Finney. After just two goals for Derby last season, there are questions as to how potent he still is.

It seemed as though Downing would end his career at his hometown club, but that was before he was frozen out of Middlesbrough’s starting XI for three months last season because of a clause in his contract.

Instead, the Boro connection has taken him to Ewood Park under Tony Mowbray. Downing is 35 now, but in excellent shape and still in possession of a wonderful left foot with which he ought to fashion chances aplenty for new £5m forward Sam Gallagher.

NEXT: He hasn't managed a league goal or an assist in 30 months...

Arguably the best player in the Championship in 2016/17, when he got 15 goals and eight assists, Knockaert may belong in the category of those who are too good for the second tier but rarely show their quality in the top flight. Leicester dispensed of him one season after promotion, and Brighton have done so after two.

At Fulham (now on loan) he looks part of a potentially deadly front three with the borrowed Ivan Cavaleiro and Aleksandar Mitrovic, who has signed a new five-year deal. With Tom Cairney in the supply line, will the Cottagers be the division’s top scorers?

Perhaps there's method to it, or maybe it's simply madness. Adam has gone 30 months without a league goal or an assist, started nine of Stoke’s last 89 league games and has not played 1,800 minutes of a league season since leaving Liverpool in 2012. Oh, and his pass completion rate last season was under 54%. But maybe Reading know what they're doing.

The last two young attacking midfielders borrowed by Derby – Mason Mount and Harry Wilson – proved revelations. The manager has changed but in replacing Frank Lampard with Phillip Cocu, the Rams have simply switched to another former midfielder with a century of international caps.

Evertonian Dowell had a bit-part role on loan at Sheffield United last season, but his previous stint in the East Midlands brought nine goals for Nottingham Forest in 2017/18.

Briefly the most expensive signing in Championship history, Costa cost Wolves £13m in 2017. He was sidelined by the excellence of Diogo Jota and Raul Jimenez last season, but the borrowed winger nevertheless represents an ambitious signing by Leeds.

With Pablo Hernandez, Jack Clarke, Jack Harrison, Tyler Roberts and Ezgjan Alioski all able to operate on the flanks, it looks like the strongest department of Marcelo Bielsa’s squad.

8 Championship players we can't wait to watch this season

A deal with a difference. Brentford are the masters of making profits: they don't normally spend £5.5m on 28-year-old centre-backs. If it's a sign the Bees are looking higher and aiming for promotion, Jansson’s move also reflects the way he and Marcelo Bielsa were content to go in different directions. If Leeds’s defensive record deteriorates, his move will have major implications for two clubs.