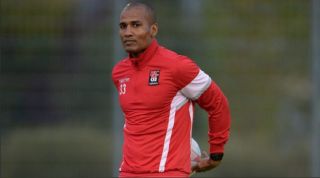 The 37-year-old, who scored 45 goals and got 43 assists in 228 appearances between 2007 and 2013 for Chelsea, has vast experience managing the dizzying heights of Champions League football and playing inside packed-out stadiums.

But in light of his advancing years, he's joined humbly-sized outfit FC Differdange whose stadium boasts a capacity of 2,400.

Malouda has been training with last season's runners-up since October and has now agreed a contract until the end of the 2017/18 campaign.

Club president Fabrizio Bei said: "He was looking for a club where he could train and we reached an agreement so he could give us a hand until the end of the season.

"We have been top three for 10 years and we have played in the European Cup. We want to play in it again this year and Malouda can help us."

Malouda won the Premier League and Champions League at Chelsea. Since departing west London, the former France international has played for Trabzonspor, Metz and Delhi Dynamos. He hasn't been in competitive action since leaving Egyptian side Wadi Degla in July 2016.