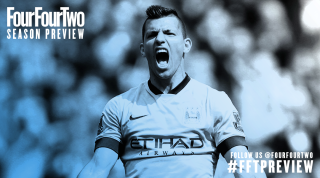 If you based your analysis purely on the noises national newspapers were making, 2014/15 was an absolute disaster of a season for Manchester City. Yet if you actually examine things a little closer, then things were probably not quite as bad as they seemed. They were only bettered in the Premier League by a ruthless Chelsea side who only lost twice when it actually counted, and were also knocked out of the Champions League by eventual winners Barcelona. However, in this day and age a trophyless season must be seen as a failure for a club with the financial clout of Manchester City - they can’t afford to fall short again.

Despite an ‘underwhelming’ 2014/15, City still finished the season as the Premier League’s top scorers - scoring 10 goals more than eventual champions Chelsea. With the pace and direct running of Raheem Sterling now in their arsenal, not to mention Wilfried Bony now bedded in alongside Sergio Aguero, there’s cause to suggest they should be able to score even more freely this time around.

But that vast range of attacking options may also be part of the problem. Manuel Pellegrini has struggled at times to get the balance just right. He’s played 4-4-2 in matches where he should perhaps have been a little more cautious (at home to Barcelona in last season’s Champions League last 16 first leg, for example). This is even more of an issue because certain members of their midfield - cough Yaya Toure, cough David Silva - aren’t particularly keen when it comes to tracking back. If Pellegrini couldn’t get it right last time around, what reason is there to suggest he will now?

1) When is the academy going to bear fruit?

With a highly rated youth system and an ageing squad, last season seemed the natural time to start integrating some academy players into the first-team fold. However, City appeared largely reluctant to do so. Could this be the season that a youngster like 19-year-old Portuguese playmaker Rony Lopes - who impressed on loan at Lille last season - makes the grade?

As mentioned, Pellegrini hasn’t been afraid to dabble with a 4-4-2, but when he doesn’t it’s hard to see exactly how the £25 million man will get a look-in. In similar circumstances, Alvaro Negredo eventually saw fit to move to Valencia. Will City be able to keep the Ivorian happy if he’s not getting regular Premier League starts?

3) Can they finally make the Champions League last eight?

It’s well known that Manchester City’s record in the Champions League since they first qualified in 2011 isn’t particularly impressive. Since then, they have played 28 matches, winning just 10 and losing 12. They have progressed beyond the knockout stages twice - both times losing to Barcelona in the last 16. Although they've had some wretched luck when balls have been pulled from perspex pots, now is surely the time for them to go at least one step further.

The Argentine striker netted 26 Premier League goals last season, making him the Premier League’s top scorer. This was despite missing almost a quarter of the campaign through injury. And that sums City up - they rely so heavily on their talisman, that even despite their array of star names they struggle badly when he’s missing. Keeping the 27-year-old fit will be key to City overhauling Chelsea and reclaiming the Premier League title.

What we’ll be saying come May

“Where would they be without Sergio?” Despite having so many attacking options, when it comes to the big matches, City are still massively reliant on the happy-go-lucky Aguero. There’s no doubt he has the quality to near single-handedly fire City to another title, but you get the feeling that won’t happen this time around.

To see where FourFourTwo think Manchester City will finish – along with a bespoke two-page preview – get our special new season issue, out Saturday 1 August.