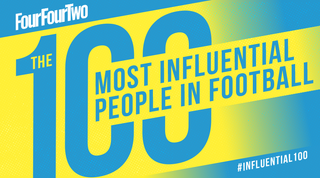 FFT had always imagined that the fixture list was cranked out by some clanking, room-sized supercomputer which occasionally broke down and had to be jarred back into life by Richard Scudamore hitting it with a broom handle. But no, it turns out it’s just a bloke called Glenn.

Thompson works for IT services company Atos, and is charged with making sure the league calendar meets various criteria surrounding policing, travel ‘pinch points’ and requests from clubs. There are 2,036 matches in the Premier League alone and, with the help of the fixture computer, Thompson will aim to minimise the distance travelled on New Year’s Day and Boxing Day, as well as try to ensure there aren’t too many away fans travelling on the same train lines on the same day.

In theory, it shouldn’t matter what order you play your fixtures in. Although a quick glance at Chelsea and Tottenham’s contrasting run-ins this season, or the weakened team Huddersfield put out against Birmingham in the Championship, suggests otherwise. As such, Thompson plays a small but significant role in every title race and relegation battle. AK

Awarded a CBE in 2000, Rabbatts' previous titles include governor of the BBC and trustee of the Bank of England, not to mention being a qualified barrister and former chief executive of Lambeth Council. In recent years, though, it's football where she’s made her mark.

After cutting her teeth as chairwoman of Millwall, Rabbatts became the first ever female to be appointed as a director of the FA in 2011. A former member of FIFA's anti-discriminatory task force, today she's the FA's independent director, and the only BAME [Black, Asian and Minority Ethnic] representative on the FA board.

"My colleagues have been supportive but being the only one puts a huge responsibility on my shoulders, and rightly so,” she told Sky Sports recently. “That's why having reforms that begin to address that is the start.”

Her tireless efforts for increasing diversity in the modern game are hard to rival – and are far from over yet. EP

We’ve all been there at one point or another: slowly but surely it takes over your life. Your partner leaves you, your mates stop replying to texts, personal hygiene takes a backseat. Wait, when was the last time you left the house again?

If you’re in this predicament right now, then the man responsible is Miles Jacobson – studio director of Sports Interactive, the firm behind Football Manager.

When Jacobson joined, they were a start-up of just five people. Today, they employ 107 full-time staff, 40 QA contractors, 51 head researchers and translators, and 1,300 scouts around the world.

Jacobson’s world has evolved far beyond a computer game, though – he now has an OBE, and has become something of an unofficial expert on football and Brexit to share his knowledge with clubs and even MPs. EP

The younger generation of Welsh national football fans have no doubt been busy perfecting ‘the Robson-Kanu' in playgrounds up and down the land since the West Brom man’s moment of brilliance in France last summer. But for every other football fan of a certain vintage, there's only one piece of skill that's transcended eras – the Cruyff turn.

Cruyff's legacy lives on today, despite his passing in March 2016. Only one other player got his mitts on the Ballon d'Or between 1971 and 1974; as a manager, meanwhile, he was the biggest exponent of the 'Total Football' philosophy that characterised Holland's rise to top in the 1970s.

It led to multiple titles and individual awards with Ajax and Barcelona, both of whom he helped morph into the talent-producing trophy winners they became, as first player and then manager. He will never be forgotten, and his imprint will long remain. EP

Valencia are no strangers to crisis but there’s something a little more depressing about the current stasis at Mestalla when it could be so different. The Lim takeover saved the club from a potentially dire fate, yet somehow Los Che find themselves back in the doldrums. After making countless mistakes, Lim nowadays is nowhere to be seen.

The former stockbroker is reported to be worth £1.6bn but has had his fingers burned at the helm of Spain’s fourth-biggest club, mainly through allowing his primary advisor, Jorge Mendes, to call most of the shots. Now he seems content to cut his losses from here on by doing as little as possible until another buyer fancies the challenge.

With a 50% stake in English non-league side Salford City, run by Manchester United’s Class of ‘92, and previous third-party ownership of players (including Andre Gomes), the Singaporean isn’t short of other potential avenues for fulfilment. MH

The former defender started dabbling in the media world while still a player. There was the unforgettable Rio’s World Cup Wind-Ups, of course, and in 2009 he launched a lifestyle magazine called #5 (although judging by his social media feeds, it seems to have morphed into a line of hats).

Still, Ferdinand is one of the few successful pundits with enough credibility to pull off a move like that. Can you imagine Michael Owen or Garth Crooks trying to launch their own range of baseball caps?

On-screen, Ferdinand is a solid pundit for the BBC and BT Sport. His words carry weight because of what he’s won, and he’s not afraid to voice strong opinions, even if he’s not quite as well-prepared and drilled as former team-mate Gary Neville over on Sky.

His touching BBC documentary, Being Mum and Dad, which aired earlier this year and covers the tragic loss of his wife Rebecca to breast cancer, showed a different side to the tough footballer, and was well received. AK

Quite simply, football in England wouldn't be the same without Simmons, the FA director for the national women's game. She was one of the first women on the FA's senior management team, and is widely regarded as being the key figurehead for the successful transition of the women's game into professionalism.

Simmons, who has an MBE to her name, was also recognised at the BT Sports awards last year with the prestigious ‘Leadership In Sports’ gong – previous winners of which include Olympic sailor Ben Ainslie and cycling guru Dave Brailsford.

You need only look at the 30k+ Wembley attendances for the last three years' women's FA Cup finals (this year's 35,271 was a record), vastly increased media coverage, better grassroots participation and a third-placed finish for England at the 2015 World Cup to see Simmons' wider impact. EP

Remember when we were all just happy with a fake Ronaldinho video on YouTube?

Like it or not, the platform has become one of the most influential for today’s football-obsessed teens – and few have captured attention, nor typified the clamour for flair in today’s ‘proper’ pros, quite like the F2Freestylers.

Formed by self-proclaimed freestyle football kings Billy Wingrove and Jeremy Lynch, their channel currently has 5.6 million subscribers. The duo’s videos – mostly centring on their trick shots, challenges and FIFA 17 – consistently tip six figures, with some rocketing way beyond that.

Additional exposure comes in the form of a deal with adidas and regular slot on Soccer AM. It doesn’t even matter whether they can play 'proper' football or not – these chopped up highlight reels are exactly how to get down with the kids… and into their parents’ pockets. Unbelievable tekkers. EP

Pop quiz, hot shot: you're CEO of the world's biggest social network, and you want to ramp up your exposure to the world’s most popular sport. What do you do?

Challenge one of the world's best, most skilful players – Neymar – to a keepy-up challenge via live online video, of course… and then beat him. Well, sort of – thing is, this wasn't a real-life keepy-up challenge, but Facebook's new messenger game launching to coincide with the start of last summer's Euros.

A year on from the Neymar-Zuckerberg tryst, Facebook is now in partnership with two growing markets in Major League Soccer – whose live matches it will screen 22 of throughout the 2017 season – and also Mexico's Liga MX. Surely there will be more to come. EP

Carragher’s playing personality always seemed to lend itself more to coaching than it did a media career, but he’s been tremendously successful.

He has not only managed to infiltrate the niche occupied by Gary Neville, he's also offered a variation upon it. Carragher is now part of the Monday Night Football furniture, but has an influence which extends to several newspaper columns a month and, naturally, across social media too.

His voice has resonance in part because of who he was and what he achieved, but also because it differs from the typical ex-professional monotone. A tremendous asset to the commentariat: knowledgeable, likeable and universally listened to. SSB