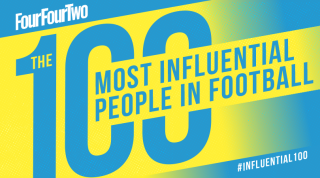 Agents like Mino Raiola and Jorge Mendes love to be in the spotlight, but Dumitrascu prefers to do his business quietly. That doesn't mean that he's any less successful, though.

It's easy to understand why Dumitrascu doesn't limit himself to specific countries like many of his colleagues. His agency is multicultural and attracts clients of different nationalities.

With agents' fees making a lot of headlines lately, clubs tend to prefer quiet negotiators like Dumitrascu, and his influence – which is immense already – is likely to grow even further in the future. MY

Taylor, in essence, is the leader of a trade union, which gives him a particular type of influence – the sort which doesn’t waiver depending on how he’s viewed by the public.

Perhaps the true measure of his status is shown in how resistant he’s been to criticism – and there’s been plenty of that. Between 2001 and 2015, Taylor’s salary rose from just under £320,000 per year to a quite staggering £3.4m (including bonuses), making him the highest-paid union official in the world.

There have been controversies, too: the parallels he drew between the Ched Evans case and the victims of the Hillsborough tragedy were hopelessly clumsy and, in 2013 after urging football to adopt a zero tolerance policy towards gambling, it was revealed that he had an unpaid debt of over £100,000 with an unnamed bookmaker.

Nevertheless, he retains the support of the body he represents, which comprises the lifeblood of the game itself, so remains an extremely affluent, extremely prominent part of the community. Teflon Gordon. SSB

The 42-year-old Portuguese coach, who never played professional football, has proved to be one of the most important and flexible specialists of a new generation of managers.

His work at Braga, Olympiakos and Sporting had to be respected, but Jardim is now at an entirely new level with Monaco. Having been heavily criticised in the press for two years after arriving to the principality in 2014, he suddenly turned Monaco into the most exciting outfit in Europe.

"This team cannot expose itself too much offensively. One of the virtues of the coach is to adapt to the club, to the moment, to situations," Jardim once said.

This term it seems the situation has changed, and the coach felt ready to fully unleash the brilliant talents of Bernardo Silva, Thomas Lemar and Kylian Mbappe. Monaco will win the Ligue 1 title for the first time since 2000, and Jardim has proved a brilliant mentor to his young stars. The future belongs to him. MY

Back in 2014, Manchester United’s commercial director Richard Arnold made an odd boast: “The new pope was announced the same day that Sir Alex Ferguson announced his retirement – and we trended number one on social media!”

Odd, that is, until you begin to understand the context. “We're directly in touch with 120 million fans,” Arnold went on. “Fan engagement underpins everything we do. It drives sponsorship integration, which is a huge source of funds for us.”

Last year was the first in which commercial deals will account for a majority of United’s income. Sponsorship and merchandising makes up much of this, but so does the club’s capacity to sell itself to would-be corporate partners who are simply seeking an audience. The form that audience takes? Social media followers. (This month Cristiano Ronaldo became the first footballer to reach 100 million followers on Instagram, a fact which produced a flurry of news coverage.)

United are anything but unique in this regard, albeit rather further down the road of digital corporate marketing than many of their peers. All of which helps to sketch a rough picture of the clout held by major social media firms in the modern game, with Instagram high among them. AH

Women’s football has never seen a player like Marta, and it’s unlikely to see another again. The five-time FIFA World Player of the Year is among the most recognisable players ever, and even aged 34 her technical ability is unrivalled.

That kind of play forever demands respect on the field, while few stars have the sort of clout that she does away from the pitch. Marta was one of the torch-bearers for the 2016 Rio Olympics, a long-overdue recognition of what she should mean to Brazil. She was largely ahead of her time, lighting up the world in an era when her country’s federation wasn’t serious enough about supporting a programme that could, with just a little support, have several winner’s medals by now.

Marta’s immediate future is in Orlando, and the 2019 World Cup or 2020 Olympics could be her swansong, but she has the background to make a difference in the sport well past her playing days. JK

We don’t seem to see as much of Becks these days as we used to, but that’s not to underestimate his pulling power. Just this month, a picture of his (admittedly quite weird) dinner made news stories for The Mirror, The Star and The Sun.

At this point, Beckham transcends football. He’s much more likely to appear at the UN than on Match of the Day, and spends most of his time doing charity or promotional work. He’s recently taken a foray into acting, and has a speaking role in upcoming movie King Arthur: Legend of the Sword, which just looks awful.

On top of that, he’s attempting to get an MLS franchise off the ground in Miami, but a number of delays have made progress as frustrating as trying to pull a sword out of a stone. Still, as one of the most marketable stars in the world, Beckham’s place on this list is surely safe for some time yet. AK

Ancelotti occupies a strange place in management. Despite winning league championships in four different countries, and three Champions Leagues with two clubs, he remains locked outside the elite group of European coaches.

It’s a strange thing to say of someone with that CV, but the Italian is evidently seen as someone who can safely advance a club rather than bring true revolution to it. Neither a disciplinarian nor someone with an obviously bold footballing ideology, chairmen and owners perceive him as representing a quieter form of excellence.

Within the context of his appointments at Real Madrid and, latterly, Bayern Munich, Ancelotti was identified for not only his ability to deliver league titles, but also his laissez faire manner. In both cases, it distinguished him from the tempestuousness of his respective predecessors. Figuratively, he’s the cool breeze.

Laid back or otherwise, though, he’ll be occupying elite jobs until his retirement – and will long retain the respect he deserves. SSB

In a climate where match officials are increasingly thrust under a bright spotlight, the PGMOL – the body that provides and trains referees for England’s top-end competitions – are growing increasingly prominent.

As manager of the PGMOL, Riley – a former referee himself – effectively runs the rule over all of England’s footballing officialdom. The PGMOL employs sports scientists, sports psychologists, physiotherapists, sprint coaches, podiatrists and vision scientists, as well as exhaustive statistical data, in order to train its ‘select group’ of 18 full-time professional referees who officiate top-flight games.

His remit of “developing and maintaining excellence” in this faction of officials is easily scoffed at, but the fact of the matter is that 95% of “big decisions” are called correctly, including 98.6% of penalty area calls and 99% of offside decisions.

“There is no doubt that the standard of officiating by the select group is particularly strong at the minute,’’ said Riley last year. “We have a world-class body of referees who are performing better and more consistently both domestically and internationally. What always impresses me is the hunger of them to become better.”

Amid all the wails for technological assistance, Riley’s work functions as a reminder that human beings are pretty capable, too. AH

Hers is an influence that comes from football, but which extends well beyond it: Brady is an extremely capable and diverse businesswoman and, given the various forms of gender bias which continue to linger within the game, she has and continues to provide valuable opposition to the status quo. Quite reasonably, she’s seen as a pioneer in what continues to be a male-dominated world.

From 1993 to 2009, she was managing director of Birmingham. In early 2010, after David Gold and David Sullivan had sold their stake at St Andrew’s and completed their purchase of West Ham, she followed them to Upton Park and became vice-chairman. She would be integral to the club’s successful winning of the Olympic Stadium tenancy, and also oversaw the planning and execution involved in their eventual departure from the East End.

Away from sport, Brady is a regular columnist in The Sun, a published author several times over, and also an increasingly prominent voice within the Conservative Party. She was introduced to the House of Lords in 2014, along with fellow Apprentice star and peer Alan Sugar, and has since held the title Baroness Brady of Knightsbridge. SSB

You sometimes wonder what the other pundits make of Gary Neville. There they were, getting along quite nicely with rocking up to the studio five minutes before filming and rolling out a couple of lazy cliches and some back-slapping banter.

Then Neville came along with his ‘preparation’ and ‘work ethic’ to ruin it all. The former Manchester United right-back raised the punditry game with his performances on Sky’s Monday Night Football, and he’s still the most acerbic and insightful pundit on television.

Still, you wonder whether his heart is really in it, since he keeps taking on other jobs – first with England assisting Roy Hodgson, and then as manager of Valencia, which went equally badly. He returned to Sky at the start of this season with some of the gloss worn away, and now only makes semi-regular appearances on Monday Night Football. Neville can certainly talk the talk, but will he get another chance to break into coaching? AK