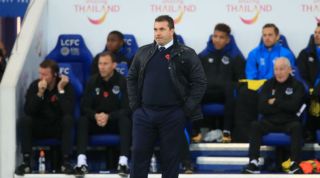 The boyhood Toffee, who is currently suspended from playing football due to a breach of gambling regulations, went on to add: “I used to watch him as an Evertonian and he was the most immobile left-back I've ever seen.

"He's not a manager, he doesn't look like one.

“I watched him waddling on to the coach. How can you get players to exert themselves physically when you're out of shape?"

The former Everton youth midfielder's comments preceded the Toffees' 2-0 loss to Leicester at the King Power Stadium on Sunday.