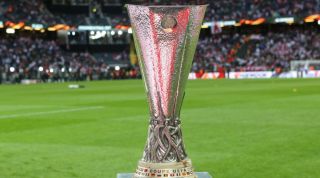 Ah, the Europa League. Even saying the words brings a little more magic to your day, doesn’t it? Europa – a word that doesn’t exist in English. League – one that does. Beautiful.

Every fan dreams of watching their side lift the UEFA Cup (the trophy is still called that, we checked) and basking in its vase-like glory, unless they belong to Real Madrid. Or Barcelona. Or Manchester City. Or Juventus. Hmm.

But, unlike the Champions League, the competition is an open one. Even by the latter stages, it's unusual to see the same teams cropping up again and again.

Which is what makes today’s quiz so hard. We've set you the task of naming every semi-finalist in the Europa League since the turn of the millennium.

It’s so much more than just the usual suspects: there are nine teams from Spain, eight from England, six from Germany… hell, there’s even three from Ukraine.

So we’re giving you the years each team got to the semis, the country they’re from, and 12 minutes to get them all. It’s not easy.

Once your time is up, send us your score at @FourFourTwo (no spoilers!) to see how you compare to others, and challenge your mates to see if they can do any better. Good luck – you’ll need it...

QUIZ Can you name all 30 Champions League semi-finalists since 1994?