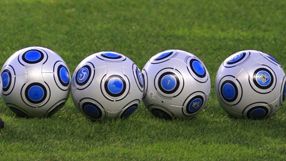 The 41 had already been banned for life by the Korea Football Association following the scandal which erupted in 2011 and involved matches played the previous year. The scandal led the South Korean government to threaten to wind up the K-League if action was not taken.

Ten other players involved in match-fixing were given worldwide bans by FIFA in June while in March, South Korea's volleyball association banned 11 players for life in a bid to curb corruption in domestic sport.

FIFA said that a reprieve had been offered to 21 players who turned themselves in during the voluntary reporting period and expressed "grave regret" about their involvement in match-fixing.

The players would have to undergo a probation period of between two and five years, including periods of community service ranging from 200 to 500 hours.

"The probation is voluntary, which means that the respective player has to inform the K-League that he wishes to return to football," said FIFA.

"At this point, the player then has to commit himself to one of a variety of community services related to football.

"These services include the provision of coaching classes for local football clubs for youth and adult players, involvement in and support of football for those with disabilities, and the support of ongoing and future domestic anti-match-fixing activities.

"The reinstatement of the respective player in football after the probation period will only be decided by the Korea Football Association (KFA)."

Match-fixing is regarded as one of the biggest problems facing football with recent scandals also hitting Italian and Turkish domestic football as well as the national teams of Guatemala, Nicaragua and South Africa.

Guatemala last year gave lifetime bans to three regular internationals and one Nicaraguan was banned for life by his federation. Those bans have also been extended worldwide by FIFA.

Last month, a FIFA report sent to the South Africa Football Association alleged that the results of South Africa's pre-World Cup warm-up matches against Thailand, Bulgaria, Colombia and Guatemala leading up the 2010 finals were fixed and implicated the nation's officials.

On Sunday, SAFA reinstated its president and four other leading officials suspended over the scandal, saying they were improperly removed from office.

FIFA say that match-fixing is usually organised by illegal gambling rings who win money by betting on the results of matches they are manipulating with the help of players, officials or referees.