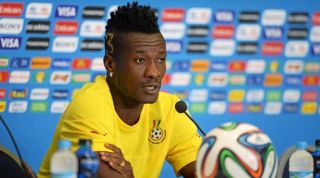 Hosting the first leg of their quarter-final will be United Arab Emirates side Al Ain, who were held to a 1-1 draw by their Saudi Arabian opponents in their home clash in the group stages.

Al Ittihad downed Al Ain 2-1 in the reverse fixture, with Mukhtar Fallatah scoring a brace that time out after high-profile Al Ain striker Asamoah Gyan had opened the scoring.

The two nations clashed in the 2005 Champions League final, with Al Ittihad reigning 5-3 on aggregate.

Al Ain coach Zlatko Dalic called on his team's fans to get behind the first-leg hosts at the Hazza Bin Zayed Stadium.

"I can assure the fans we have made every possible effort to make sure we get the result that will lead us into the semi-finals of the Champions League," Dalic told Al Ain's website.

"That is my goal and the goal of my team as well.

"It's a new challenge for us and I believe my team deserves to be in the semi-finals.

"But we need strong support from our fans because we are going to face a strong team, who have the same ambitions and have a large fan base as well.

"So it is important that I have great confidence in the support and assistance of the Al Ain fans in order for us to complete our mission."

Al Ittihad are two games into their domestic season in Saudi Arabia, winning both fixtures to be second in the table on six points.

Khalid Al-Koroni's men are hoping to go one step closer to adding to their triumphs in the continental competition in 2004 and 2005, while Al Ain remain in the hunt to add to their 2003 crown.