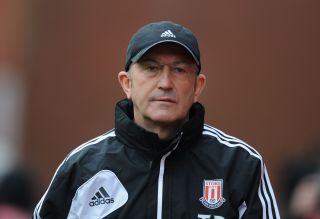 The London outfit are searching for a new boss after parting company with previous incumbent Ian Holloway, following a poor start to the season that saw Palace win just once in eight Premier League matches.

Pulis has emerged as the favourite to take the reins at Palace, with chairman Steve Parish admitting he would look to talk to the former Stoke City manager.

The Welshman steered Stoke into the Premier League and the UEFA Europa League via an FA Cup final appearance before his spell at the Britannia Stadium finished at the end of last season.

And Akinbiyi - who played under Pulis during playing spells at Gillingham and Stoke - backed the 55-year-old to be a success should he be offered the job.

"I don't see why he can't do it again to be honest (be a success)," Akinbiyi told Perform.

"If he got appointed he'd have to meet with the chairman and tell him what he wants.

"They'd never played in Europe but he got them there, he took them to the Premier League and they have stayed there since. He did a great job there.

"If he does get appointed at Palace people will have to judge him on results and whether the team will do well."

Akinbiyi also explained the traits Pulis possesses that he believes will make him a success wherever his next venture takes him.

He added: "He was a very motivating manager, I liked him as a manager.

"I've always got on well with him. He's a very organised person. He likes to be really professional in his job.

"He's no nonsense. Wherever he goes he will do well."