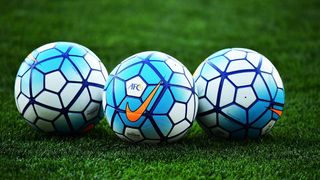 Wydad Casablanca will take a narrow advantage into the second leg of the CAF Champions League final after coming from behind with a potentially vital away goal in a 1-1 draw at Al Ahly on Saturday.

The hosts led inside just three minutes through a stunning strike from Moamen Zakaria at the Borg El Arab Stadium.

Achraf Bencharki's well-taken header got the away team back on level terms, though, and neither side proved capable of forcing a second goal throughout what proved to be a cagey but gripping encounter in Egypt.

Wydad will now seek to capitalise on home advantage with the aggregate score level going into the return fixture in Morocco next weekend.

Al Ahly, eight-time winners of this competition, took the lead in spectacular fashion when Zakaria received Abdalla El Said's pass on the edge of the area and took a touch that saw the ball sit up invitingly.

The Egypt international swivelled and unleashed a brilliant dipping volley that flew past Zouhair Laaroubi and into the top-right corner.

The hosts should have doubled their lead five minutes later, as Walid Azarou was played in on goal but could only lift his effort narrowly over while under pressure from a covering defender and the onrushing goalkeeper.

Instead it was Wydad who hit back against the run of play in the 16th minute. Mohammed Ounajem got to the byline down the right side of the penalty area and crossed back to the top of the six-yard box, where Bencharki climbed highest and nodded a header just inside the far post.

The visitors suffered a blow 10 minutes later, when dangerous winger Ounajem had to be replaced by Abdeladim Khadrouf.

Junior Ajayi should have restored Al Ahly's lead two minutes before the break, somehow heading harmlessly high and wide after being picked out unmarked at close range.

Ah Ahly went close twice in quick succession nine minutes into the second half, Zakaria mistiming one effort before seeing a second blocked following Ajayi's clever backheel from the byline.

They will nevertheless return home happy to remain on level terms, Al Ahly substitute Emad Moteab having sent a strike from just outside the box whistling narrowly wide of the near post in stoppage time.