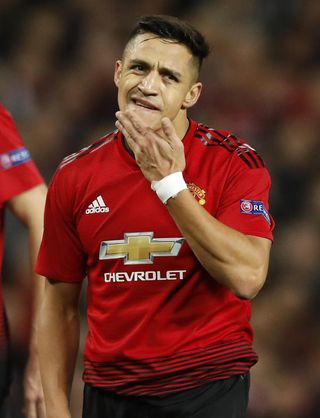 The Chilean, on loan at the Serie A club from Manchester United, was diagnosed with a dislocated ankle and tendon damage on Tuesday after sustaining the injury on international duty.

Inter have now confirmed the 30-year-old travelled to Barcelona and had surgery on his left ankle on Wednesday afternoon.

An Inter statement on their official website read: “Alexis Sanchez was in Barcelona this morning for consultation with Dr Ramon Cugat.

“The visit confirmed the diagnosis of the Inter medical staff and the decision was made to proceed with surgery on the left ankle.

“The operation was performed in the afternoon on the peroneus longus tendon and it went exactly as planned.”

Inter did not put a timescale on Sanchez’s recovery but reports in Italy have suggested 12 weeks.

Sanchez joined Inter on a season-long loan in August after failing to impress at Old Trafford and has scored once in four appearances for the Italian outfit.

His solitary goal came in a 3-1 win at Sampdoria last month before he was sent off in the same game for a second yellow card.