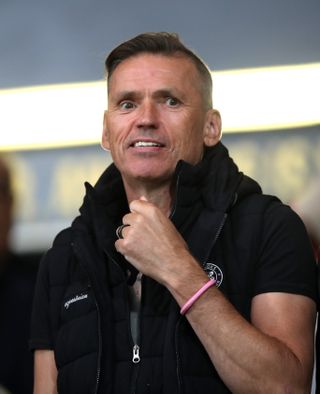 League One and Two clubs have agreed squad salary caps in a bid to help them be more sustainable as they deal with the financial impact of the coronavirus pandemic.

Here, the PA news agency looks at the caps in more detail.

– What has been agreed?

A cap of £2.5million has been agreed by a vote of League One clubs. In League Two, the cap has been fixed at £1.5m. It comes into effect immediately.

– Does that mean there is a now a maximum player salary?

No. Clubs are welcome to pay individual players whatever they want, provided they stay within the overall cap for the squad.

The finances of EFL clubs, particularly at League One and Two level, have been severely impacted by the loss of matchday revenue, with mass gatherings banned since March to limit the spread of coronavirus. EFL chairman Rick Parry talked about a combined £200m “hole” in clubs’ finances by the end of September when he addressed MPs in May.

– What does the cap cover?

It covers basic wages, taxes, bonuses, image rights, agents’ fees and other fees and expenses paid directly or indirectly to all registered players.

– Are there any payments which can be made outside the cap?

Promotion bonuses, cup competition success payments and severance pay will not be included.

– What other exemptions or exclusions are there?

Players under 21 are excluded from the cap calculations. Deals agreed before the vote are exempt, as is any renewal of that deal on the same terms if the player is still under 24 at that point.

There is also a relegated player exemption. Any deal agreed with a player no later than the end of the January transfer window in the season the club are relegated will be taken into account.

– What if there is a slight overspend?

Clubs will be fined on a sliding scale if the breach is anywhere up to five per cent over the agreed cap. The money will then be split amongst the clubs in that league who had complied with the cap.

– What if the overspend is more serious?

The club would be referred to an independent disciplinary commission, which could impose sanctions if the salary cap breach is proved.

– Have there been any objections to the cap?

We are disappointed at the outcome of today’s votes.— Professional Footballers' Association (@PFA) August 7, 2020

The PFA said the legal advice it has received is that the cap would be “unlawful and unenforceable” and said in a statement: “We are disappointed at the outcome of today’s votes. The PFA has already served its Notice of Arbitration on the EFL and until such time that arbitration is determined one way or another the new regulations should have no effect.”

– Who has backed it?

Julian Knight, the chair of the Digital, Culture, Media and Sport (DCMS) committee which had called for a cap, welcomed the move as “common sense breaking out” and called on Championship clubs to follow suit. The move was also welcomed by Forest Green chairman Dale Vince, whose club were one of 22 in League Two to vote in favour.

– What about the Championship?

Clubs have held discussions around cost control measures, including a cap, but it is understood there are no current plans for a formal vote on it.