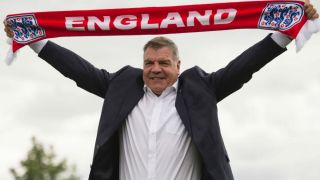 Sam Allardyce's first match as England manager will be the opening 2018 World Cup qualifier against Slovakia in Trnava, the Football Association (FA) has confirmed.

The FA had initially planned to arrange a friendly for September 1 at Wembley but this period will now be incorporated into an extended training camp for Allardyce and his new squad.

"The FA explored the possibility of a friendly fixture at Wembley Stadium on 1 September, but new manager Allardyce is keen to use that time to get to know his players ahead of the trip to Trnava," read an FA statement.

We can confirm that 's first game in charge of the will be September's trip to Slovakia: July 25, 2016