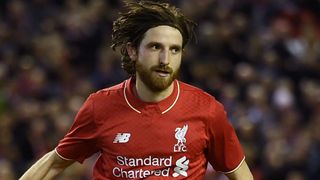 Joe Allen is set for showdown talks with Jurgen Klopp to decide his Liverpool future.

The midfielder is a reported transfer target for the likes of Celtic, where ex-Reds boss Brendan Rodgers took charge in May, and former club Swansea City, as he enters the final year of his current Liverpool deal having put himself firmly in the shop window with his Euro 2016 exploits for Wales.

Allen made eight Premier League starts for the Merseyside club last season and boss Klopp told BBC Radio 5 live: "We will find a solution but it's not done.

"Obviously Joe Allen is a good player. We never doubted this.

"He played a good European Championship, like the whole Welsh team.

"We have to make decisions, we have to find solutions. We have to talk to the player, ask the player and think about our situation. That's how it works."

Rodgers has already spoken publicly of his hopes of being reunited with the 26-year-old for a third time, the duo having worked together at both Swansea and Liverpool .

He said last month: "Joe is a wonderful player and I always look at all my former players."