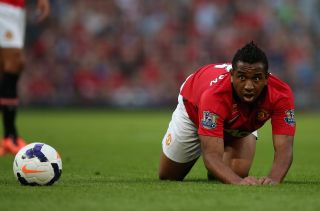 The Brazil international will go straight into the squad for Fiorentina's match with Catania on Sunday after completing his temporary move to Serie A.

Anderson only made two starts for United under David Moyes and admitted a willingness to play regular first-team football was behind his decision to leave the club.

Speaking after his first training session with Fiorentina, the 25-year-old expressed a desire to help his new club extend their six-game unbeaten run in all competitions.

"I'm very happy (to be here)," Anderson told the club's official website. "It is a new challenge.

"I come here to help the team, the players and the manager to do the best.

"I know Fiorentina failed to get in the UEFA Champions League last season, so I come to try and help (them get there this season).