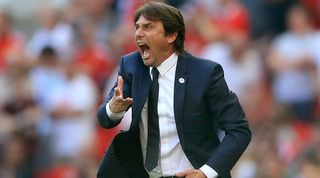 Former Chelsea manager Antonio Conte will be the next manager of Inter, report the Guardian.

The Italian has been out of work since leaving Stamford Bridge last summer, but he is now poised to take charge of the Nerazzurri.

PSG and Bayern Munich had also expressed an interest in Conte, who won the Premier League title in 2016/17.

But it is Inter who have won the race for his signature, despite the former midfielder's links with bitter rivals Juventus.

Conte represented Juve as a player and later led the Bianconeri to three Serie A titles as manager.

The 49-year-old will return to the Italian game at San Siro, though, after agreeing to replace Luciano Spalletti.

Inter must better Milan's result on the final day of the Serie A season to qualify for the Champions League.