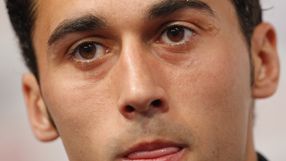 The Spanish champions, who host Real Sociedad in their opening La Liga match of 2013 on Sunday, are third in the standings after 17 matches, seven points behind second-placed Atletico Madrid and 16 adrift of unbeaten leaders Barcelona.

Jose Mourinho's side lost their final game of last year 3-2 at Malaga and Arbeloa conceded there were "a lot of things" the team had needed to work on when they returned from their Christmas holiday.

"The first thing is that each player individually performs at their optimum level," the Spain international told a news conference previewing the Sociedad game.

"Then collectively we are working on a bit of everything, the offensive and defensive aspects, how the team deploys tactically.

"Maybe we are not as clinical in front of goal as last season and defensively we have been giving our opponents too many chances.

"I think that away from home we have dropped our level a lot compared with last year."

Arbeloa, who typically plays on the right, may be drafted in at left back on Sunday with the injured Marcelo and Fabio Coentrao unavailable.

Mourinho also has a headache in central defence as Pepe is recovering from ankle surgery and Sergio Ramos is suspended.

Ricardo Carvalho, who has barely featured this season, and teenager Raphael Varane will likely start in the middle, although Raul Albiol is also back from injury and came through a full training session on Friday.

"We have had the good fortune finally to have a whole week to train and to work," Arbeloa said.

"All that is positive and hopefully that will show in the team on Sunday.

"When you get into a negative run things just don't come off for you. Everyone wants to get out of this dynamic and start a positive run."

Real were drawn to play Manchester United in the last 16 of the Champions League when Europe's elite club competition resumes next month.